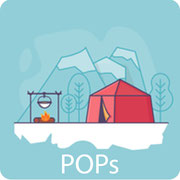 As with Europe RoHS, Enviropass recommends the documentary approach with suppliers and subcontractors for POP testing against legal obligations like the European regulation 2019/1021 on persistent organic pollutants.

This method offers the best value for your money, avoiding dozens of expensive testings for potentially dangerous substances present in a tested product.

Are you looking for a POP certificate of compliance for your products? Get an online presentation!

By using Classic POP, you allow Enviropass to tackle the documentary assessment of your products, including:

Note that you can apply for Persistent Organic Pollutants (POP), RoHS, and REACH SVHC testing services at a lower cost.

In addition to the Classic POP services, Deluxe POP gives you the tools to take control over POP compliance.

What are the Persistent Organic Pollutants?

POP is an acronym for Persistent Organic Pollutants.

Typically, POP chemicals are halogenated organic compounds that massively originate from industrial activities and manufactured goods, such as electrical and electronic equipment as well as other types of products.

POPs tend to migrate and accumulate in the cold parts of the world, like the poles. 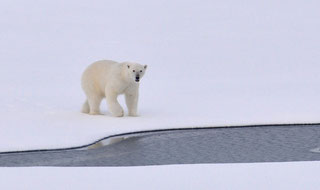 Thus, POPs migrate into the body’s lipids and the environment hardly destroys them. In other words, they bioaccumulate.

The main concern with the POP chemicals is that they may cause health and environmental issues by:

What Does it Mean to be POP - Halogen Free Compliant?

Since the Stockholm Convention of 2004, many jurisdictions and markets around the world have regulated several POP substances.

As a result, various countries prohibit or restrict certain POP substances, such as: 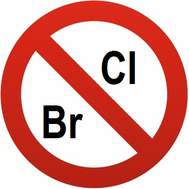 Under the European Regulation 2019/1021, article 3, any POP substances listed in Annex I are prohibited on their own, in mixtures or in articles. However, some exemptions possibly apply, according to article 4 of that same POP regulation, under certain conditions. For example, it is the case of:

Why Should Care about Persistent Organic Pollutants in Products?

Selling products containing POP chemicals above the national permitted limits is prohibited and can jeopardize the image of your company.

For example, the European Commission maintains the Safety Gate Rapex  website exposing products and companies failing to comply with POP, but also RoHS, REACH SVHC, and other regulations.

Non-compliant products are usually withdrawn from the EU market, and product recalls are common.

Do you need to know more about POP and how you can verify compliance? Contact Enviropass!